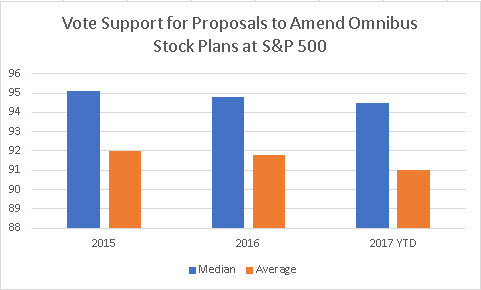 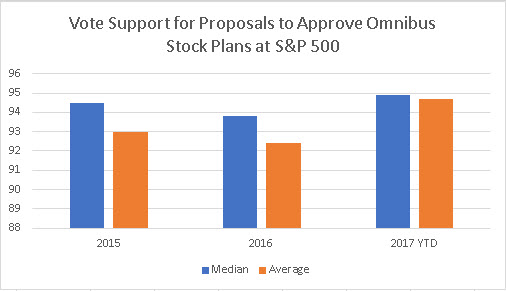 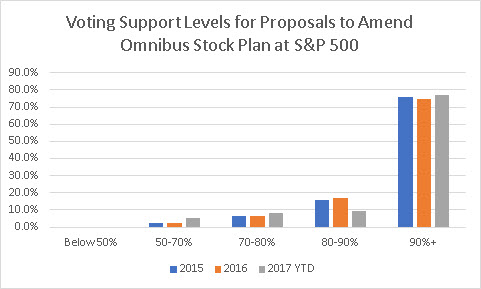 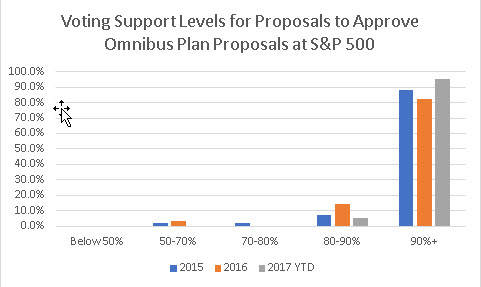 ISS has announced several updates for its policies for 2017 (generally apply starting February 1, 2017 unless otherwise noted). Initially, ISS departed from past practice of announcing all annual policy updates at the same time when it issued an update with respect to its pay for performance policy on November 8, 2016 and then followed this up with its “normal” annual policy updates on November 21, 2016.

ISS has indicated that the weight afforded each of these six metrics will vary by industry, though it did not release what those weights will be. I expect ISS will release a set of FAQs with the industry weights if it follows what it has done with other policies.

Finally, ISS announced that the Relative Degree of Alignment (RDA) test (one of the quantitative tests under the ISS pay for performance analysis).

For more information about the ISS Pay for Performance Update and the Peer Group Submission, see this ISS press release (November 8, 2016): https://www.issgovernance.com/iss-announces-pay-performance-methodology-updates-2017/

ISS announced updates to its Equity Plan Scorecard Policy and a new policy with respect to proposal seeking to ratify director compensation.

When the proposal includes amendments to an equity plan:

As in years past, ISS likely will issue FAQs on the EPSC policy to take into account these updates prior to the next proxy season — perhaps in December or January.

ISS clarified that proposals seeking shareholder approval of performance metrics in a cash incentive plan or equity plan for Section 162(m) purposes only will be evaluated on the basis of the compensation committee members’ independence.

For U.S. domestic issuers organized abroad, ISS will base its recommendations on say-on-pay proposals required by a foreign jurisdiction on ISS’ U.S. say-on-pay policy.

According to this BNA blog (http://www.bna.com/sec-proposal-end-b73014445191/), the SEC has proposed to eliminate the Regulation S-K, Item 201(d) disclosure, i.e., the Equity Compensation Plan Information Table that is included in the proxy or annual report depending on whether a compensation plan is being put to shareholder vote.  This table provides the outstanding and available shares for shareholder approved and non-shareholder approved equity compensation plans, as well as weighted average exercise price for the outstanding equity awards.

The rationale appears to be that given current financial accounting standards, much of this information is now contained in a company’s publicly-filed financial statements.  While that is true to some extent, in my experience, the financial statements are not always the picture of clarity on such disclosure and I believe less information will ultimately be reported about equity plans if this proposal passes.

We will have to watch where this SEC proposal ends up when the final regulations gets issued.

Ed will be speaking at WorldatWork’s Total Rewards 2012 Conference this Wednesday, May 23,2012 from 9:15 to 10:30 am with Bonnie Kelly from Capital One Financial Corporation and Reid Pearson of Alliance Advisors. Their presentation is “Get to Know the Long-Lost Relatives You Never You Had: How to Get to Know Your Shareholders,” which will look at what you can do to get to know your shareholders, what they want, how they are likely to react to certain compensation-related proposals and how your team can help ensure your proposals succeed.