As You Sow Releases 2019 Annual Report on Overpaid CEOs 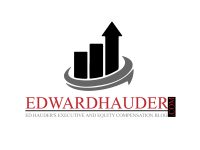 As You Sow published its annual report on the Top 100 Overpaid CEOs among S&P 500 companies on February 21, 2019. As you might expect, the report details those companies who in As You Sow’s view have overpaid CEOs.

Key findings of the report:

The report also includes many helpful charts and graphs looking at institutional shareholders and how they have reacted to CEO pay and their votes against CEO pay packages.